Shawn Lovorn received a B.S. in Biochemistry from St. Edward’s University in Austin, TX. Following his undergraduate degree, he obtained his Juris Doctor degree from St. Mary’s University School of Law. During law school, he clerked for the Honorable Edward C. Prado of the United States Court of Appeals, Fifth Circuit and the Honorable Charles W. Seymore of the Fourteenth Court of Appeals. Additionally, he served as a staff writer and article editor for St. Mary’s Law Journal. Mr. Lovorn has also coauthored a paper with Associate Dean Vincent R. Johnson entitled, “Misrepresentation by Lawyers About Credentials or Experience,” which was published in the Oklahoma Law Review.

After law school, Mr. Lovorn clerked for the Honorable Sandee Bryan Marion at the Fourth Court of Appeals in San Antonio, TX. He was admitted to the Texas Bar in 2005 and started the Lovorn Law Firm, PLLC. As a litigator, he handles all types of criminal defense matters and family law. In 2015, Mr. Lovorn and Mr. Ogle joined forces to create Lovorn & Ogle, PLLC. With over 40 years of combined experience, Lovorn & Ogle, PLLC is the firm to help you with any of your legal needs.

Mr. Lovorn enjoys spending time with his family in Boerne. He is heavily involved in his two children’s school and spends his free time coaching his daughter’s soccer team, playing basketball and drinking good whiskey. 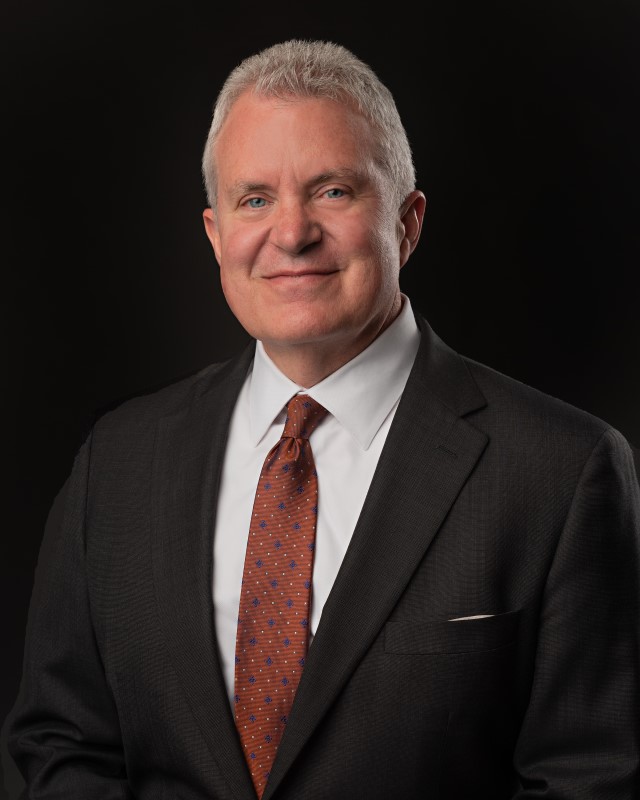 Bob Ogle graduated from the University of Texas Business School in 1980. After working as a landman in the oil and gas industry for five years he followed his dream of attending law school at St. Mary’s School of Law. He served on the Law Journal and graduated with his Juris Doctorate in 1988. Mr. Ogle opened his law office in Boerne, Texas on April 1, 1989. Since then, he has represented clients in thousands of cases involving family law, probate, estate planning, business law and general litigation. He is proud to call his clients his friends, and is appreciative of the clientele that has supported a long and rewarding legal career.

In September of 2015, Mr. Ogle and his good friend and partner Shawn Lovorn opened Lovorn & Ogle, PLLC, as a way to better attend to the needs of the community, as a full-service law firm. The firm has grown beyond his wildest expectations. Mr. Ogle considers it a privilege to work as a lawyer in a community where he and Patricia, his wife of 33 years, raised their two children and made their life together. His spare time consists of scuba diving, traveling and reading. He may even finish that novel he started long ago. 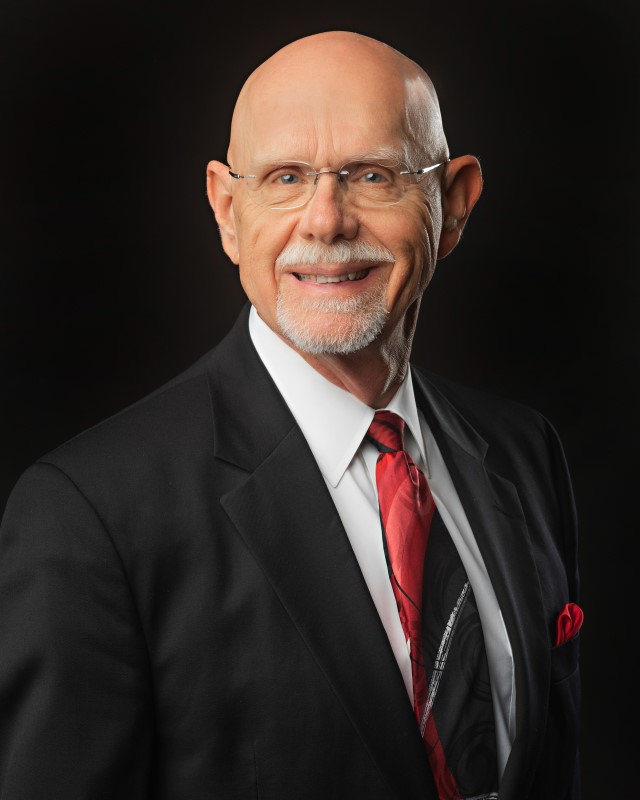 Tom Railsback attended SMU’s Dedman School of Law and was licensed to practice law in Texas in 1970. During his 50+ years as an attorney, he has been a USAF JAG, serving a tour in Vietnam; become Board Certified by the Texas Board of Legal Specialization in Family Law in 1982; been elected to membership in the Texas Academy of Family Law Specialists; and, been selected for admission to the American Academy of Matrimonial Lawyers.

In addition to litigating family law cases of all kinds and complexity throughout the state of Texas, he is trained in collaborative law and mediation; has served as a family law mediator; and, lectured, written, and spoken on family law topics for continuing education programs.

After spending most of his professional career in Dallas, Tom and his lovely Wife made Boerne home in 2016. He joined the team at Lovorn & Ogle in 2018. 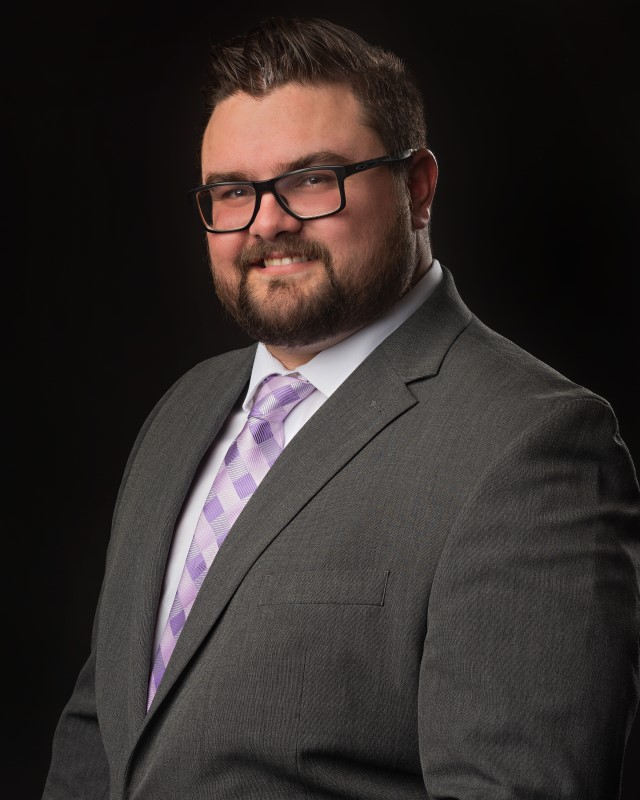 Matt Munoz received his B.A. in Political Science with a minor in Business from Texas State University in San Marcos, TX. Following the completion of his undergraduate studies he attended St. Mary’s University School of Law in San Antonio, TX where he received his Juris Doctor degree. While in law school he clerked at a prestigious civil litigation firm in Austin, TX. While in Austin he received his Temporary Trial Card which allowed him to undertake hearings and legal activity as a law student in court without the supervision of an attorney. Mr. Munoz also worked for the Bexar County Civil District Court Staff Attorney’s office while in law school where he assisted all of the Bexar County Civil Judges in compliance, legal review, and assistance in their day to day operations.

Mr. Munoz is nearing the completion of his studies towards earning his Master of Business Administration from the University of Kansas School of Business. It has been a personal goal of his since he started in the business program in his undergraduate studies to complete his MBA.

Mr. Munoz joined Lovorn & Ogle, PLLC in the fall of 2018 and has grown to love the city of Boerne, TX and consider it home.

Mr. Munoz married his long-time best friend and college sweetheart Taylor in 2018. Taylor is a 4th grade teacher and has been featured as a Leading Female Role Model in a centerpiece written in the magazine “San Antonio Woman”. Mr. and Mrs. Munoz also have two amazing black labs, June and Parker. Mr. Munoz is an avid outdoorsman and tries brings the two pups with him on every trip he can. He is a San Antonio Spurs season ticket holder, baseball purist, baseball card enthusiast, and lonely devoted hockey fan. You can find he and his wife curled up on the couch reading and watching movies with the pups, or somewhere near a body of water throwing tennis balls for them to fetch. 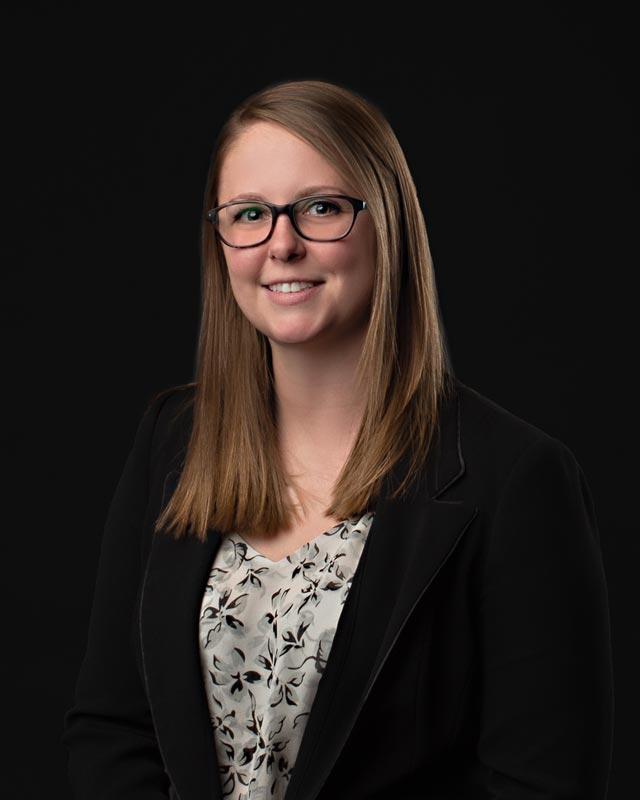 Kathryn Lacy grew up in Bulverde, Texas. She received her Bachelor of Science in Criminal Justice in 2013. Post graduation she worked as a paralegal for Kleinhans & Gruber in Austin, Texas while preparing for the LSAT. In 2017 Kathryn graduated from Baylor Law School where she was also awarded the Pro Bono & Public Service Award for the 2016-2017 academic year. After passing the bar exam in February of 2017 she began practicing law in New Braunfels, Texas. At that time her focus was on criminal law, family law, and estate planning until she joined the team of Deborah Wigington & Associates, PLLC where her focus was primarily family law. In 2020 Kathryn completed both her 40 hour general mediation training and her 30 hour family law mediation training.

Kathryn is engaged to be married in December of 2021 to fiance Peter. She enjoys spending time with her two dogs Nina and Watson, working out, hiking and traveling. She loves to create with her cricut machine and is excited to be a part of Team L&O.

Rose Latham grew up in San Antonio, Texas and completed her undergraduate degree at Texas Christian University. Thereafter, she went on to receive her juris doctorate at St. Mary's University School of Law. During her time at St. Mary's she worked as a Staff Writer for the St. Mary's Law Journal and as a Teaching Assistant in the following areas: Legal Research and Writing, Federal Civil Procedure, and Constitutional Law. After graduating law school, Rose clerked with the Honorable Judge Barbara Hervey at the Texas Court of Criminal Appeals. At the end of her clerkship, she began working as a prosecutor in Cameron County then moved to Comal County in 2011, where she continued working as a prosecutor in the Civil Division for a decade.

Rose lives in New Braunfels with her husband and children. She loves traveling, good food, working out, crafting, and spending time with her family and close friends.

Casey Lee represents clients in complex family law matters, including domestic violence, divorce, child custody, and child support cases. Casey earned her law degree in 2015 from The Catholic University of America, Columbus School of Law in Washington, DC. Upon graduation, she served for two years as the Judicial Law Clerk to the Honorable Fern Flanagan Saddler, the Presiding Judge of the Superior Court of the District of Columbia’s Domestic Violence Division. While in law school, Casey was the Senior Student Articles Editor of the legal periodical, The Journal of Contemporary Health Law and Policy. At graduation, she received the Clinical Legal Education Association Outstanding Clinical Student Award.

Casey is a proud alumna of College of the Holy Cross in Worcester, Massachusetts. After graduating from college in 2010, she joined Teach For America and spent two years teaching second grade and then kindergarten in a low-income community in Dallas, Texas. Casey’s time in Teach For America is what inspired her to dedicate her career to the practice of family law. Casey is a third generation Texan and is licensed to practice law in the State of Texas and in the United States District Court for the Western District of Texas. Casey serves on the Board of Directors for the Bexar County Women’s Bar Association and Foundation, and she is the current Community Service Chair and the Swearing-In Ceremony Committee Chair for the Bexar County Women’s Bar. Casey was also a member of the 2019 Bexar County Women’s Bar Foundation LEAD Academy Class. In 2021, Casey was honored with the Bexar County Women’s Bar Belva Lockwood Outstanding Young Lawyer Award for her contributions to the legal profession and her contributions to the community in the form of charitable and volunteer work.